Masterworks’ Ethos is simply a professional attitude for a beginning to end lighting and inclusive visual process. It is driven by integrity, respect for others and knowing how to implement collective ideas (even weird ones!), expertly and passionately. It uses practiced design techniques and old-fashioned scripting methods, but combines the best use of new technology.

Teams are what builds any successful lighting system and overall production. We host a remarkable circle of vendor resources and artist/technician relationships that consistently have rallied towards one goal — the successful outcome whereby artist/producer’s visions are transformed into real live imagery.

The Principal Designer
Paul Dexter began lighting in Los Angeles when he was sixteen (1970) and made 42 Hawaiian pineapple cans into lights and operated them with crude double pole switches. At 18, he was asked to tour with Elvis! A colorful history of worldwide concert touring ensued as a lighting and stage set designer with the likes of Rick James, Motley Crue, DIO, Ozzy, Black Sabbath, Triumph, Elton John and performing in the opposite end of the live stage spectrum – the Bolshoi Ballet at London’s Royal Albert Hall.

Paul lived in England (1986-96) and developed his commercial and communication business skills with entrepreneurial ventures. He formed Heritage Media, Ltd. and imported famous radios shows (such as, Orson Welles ‘War of the Worlds’) and live concerts from Westwood One and King Biscuit Flower Hour (James Taylor), and sold series to BBC Radio 4. Working closely with Coopers and Lybrand and the Teesside Development Corporation, one of Margaret Thatcher’s flagship projects, he created ambitious groundbreaking property and media ventures and held 12 acres of government land for 3 years for the project. The venture was ahead of its time and at the pinnacle of the 1990-1991 recession and the Development Corporation instead backed a more stable tenant – Enron. Paul formed a consortium to bid for a new FM radio station, and beat competition. He had his own radio show – “All the Way from America”. 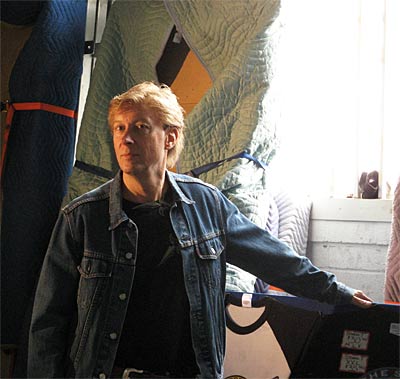